Throughout history, the scientific might and acumen of various individuals have irrevocably changed the world we operate in. New scientific discoveries have had long-lasting impacts on the way we live, interact and communicate. Here is our list of the most exceptional researchers to have ever existed, including their discoveries and contributions to the scientific field.

Albert Einstein had an incredibly potent influence on the scientific field, primarily because of his instrumental development of the theory of relativity. To this day, the theory of relativity remains one of the central pillars of modern physics. Throughout his career, Einstein published over 300 scientific papers and his name “Einstein” is now synonymous with the word “genius”, such as the extent of his intellect.

Isaac Newton, along with Albert Einstein, remains one of the most acclaimed and well-known scientific minds of the modern world. Born on Christmas Day 1642, Newton was a sickly child, and his survival itself was miraculous. His academic devotion was absolute, and his insights provided the groundwork for how we understand the Earth, the planets, the Sun and their movements.

Charles Darwin was a revolutionary researcher, and his insights remain polarising to many people in contemporary society. His seminal text “On the Origin of Species” was published in 1859 and sold out instantly. The reason for this controversy was simple – it directly challenged the adherents of creationism and religious institutions. Darwin pontificated that humans developed from primates/apes. This view was based on two key points: species can gradually change over time and that all species attempt to adapt to challenges in their surroundings.

In line with natural selection, the species that successfully adapt to new environmental challenges survive, while those that can’t usually become extinct or die out. 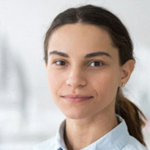