Matthew Reilly is one of Australia’s most commercially successful authors, having sold more than 7 million copies worldwide. His novels have been published in more than 20 different languages and are mainly action thrillers. Reilley self-published his first book “Context” when he was just 19 years of age before Cate Paterson, an editor from Pan Macmillan, reached out to Reilly after reading his first novel. The rest is history.

Ice Station is the first entry in Reilley’s Shane Schofield series and his second novel overall. The novel follows the efforts of United States Recon Marine, Shane Schofield, codenamed “Scarecrow”, as he tries to navigate the Wilkes Ice Station. It remains one of his best-selling books.

Scarecrow is the third novel in the Shane Schofield series and follows Schofield’s attempts at evading assassination. Majestic-12, which is made up of the wealthiest people in the world, concoct a list of 15 crucial targets who must be eliminated. Naturally, Schofield is one of them.

The Tournament is one of Reilley’s few stand-alone novels and his 11th overall. It represents Reilley’s first foray into the world of historical fiction, charting the adventure of Queen Elizabeth and her mentor, Roger Ascham. In the novel, both the Queen and Roger travel to the Ottoman Empire to compete in a chess tournament.

Coming in at number four on our list is Temple, another one of Reilley’s stand-alone novels. Known for his quick-fire prose and elaborate action sequences, Temple is probably one of the best examples of Reilley’s deft ability to develop action and foster suspense. The story follows a dual narrative – one set during the Spanish Occupation in South America and the other set 400 years later in 1999. 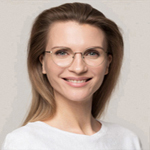 Australia has had a plethora of successful writers and...
Life & arts

Hugh Jackman is one of the most successful and...