Brokerage firms and investment companies are often viewed through rose-tinted glasses. Everyone who works at one of the most recognisable companies is often regarded as highly successful, affluent, driven and ambitious. However, not all stockbrokers hit the big leagues, and in fact, most investors crash out and burn, primarily because it is a high-intensity, stress-filled occupation with significant risks.

Some investors have gone on to achieve financial success that people can’t fathom or understand. Here are the top 3 greatest investors of all time.

Number one couldn’t be anyone else but Warren Buffett. The CEO of Berkshire Hathaway became a billionaire in the 1990s and has since grown his fortune. He had a few rough years during the global financial crisis; however, he officially became the wealthiest person in the world in 2008. He has remained in the top 5 ever since and currently sits 4th on that list in 2020.

Coming in at number two is George Soros, the Hungarian-American billionaire with a net worth of over $8 billion. Soros survived the Second World War as a Hungarian Jew, eventually moving to the United Kingdom in 1947. He started his first hedge fund in 1969 called Double Eagle. The fund is now known as Quantum Fund and managed Soros’ wealth and other high-end clients.

Topping off our list is Peter Lynch, who was head manager of Magellan Fund from 1977 to 1990. Under his watch, the fund averaged 29.2% annual returns and had the best 20-year run of any mutual fund in financial history. When Lynch assumed control of the firm in 1977, they held approximately $18 million in assets. By 1990 (when he resigned), Magellan Fund held more than $14 billion in stock positions. To this day, Lynch remains an icon in the field because of his financial supremacy. 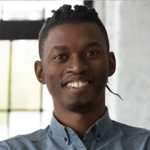 Owen Caire
Owen Caire is the national market reporter for Quilter. Since joining Quilter in November 2019, he has covered investment; the government shutdown; and the administration's economic responses to any market issues, among other topics.

Widely regarded as one of the most successful investors...