A comprehensive history of the financial world would reveal that financial scandals, crashes and booms are simply a part of capitalist free markets. There have been some controversial investment and banking scandals in both Australia and the rest of the world. Here are some of the worst scandals to hit the investment sector.

The Royal Commission between 2017 – 2019 established some of the most public display of systemic fraud and corruption seen in Australian industry. Many of the major Australian banks were caught up in the scandal, including ANZ, NAB, the Commonwealth Bank of Australia and Westpac.

Qintex Ltd was an Australian financial company. They were founded in 1975 by Christopher Skase and several other partners. The company grew astronomically, expanding into the property market, the retail sector and even purchased a Brisbane-based television station called TVQ-0. However, by October 1989, the firm was starting to display signs of financial weakness. The American subsidiary filed for bankruptcy and the Australian Stock Exchange suspended their stocks soon after.

A month later, the Australian branch went into receivership with over $1.9 billion worth of debt. The CEO, Skase, fled the country to Spain and then Dominica. He resided there for the rest of his life, despite successive attempts from the Australian government to extradite him home.

The Wolf of Wall Street

Jordan Belfort was imprisoned for close to two years for his central role in running a penny-stock scam. His crimes became mainstream when his career was adapted for the screen in the 2013 film “The Wolf of Wall Street”, starring Leonardo DiCaprio and Margot Robbie. The film, which was directed by Martin Scorsese, charts his rise and fall in the United States. However, Belfort courted more trouble in Australia when Belfort’s employment company called Career Pathways was exposed as a scam while receiving millions of government funding. 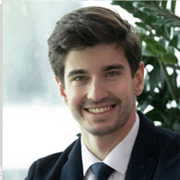 Widely regarded as one of the most successful investors...